On a Louisiana summer day, you wouldn’t suspect you’re surrounded by dozens—possibly hundreds—of ticks wanting to feed on you. Most people don’t see ticks. If they did—if they saw how many are waiting on twigs and leaves and in the brush—they would never go outside again. While small in size, ticks can cause major problems by transmitting dangerous diseases such as Lyme disease and Rocky Mountain fever. So, before going outdoors this summer, check out the following information to learn more about the biting buggers.

Veterinarians play a huge part in preventing Lyme disease and other infections. We think about controlling ticks as a public health service, if you have a dog maintained on tick control, the ticks the dog encounters are killed, and they’re not in the home or in the environment and able to transmit infection. 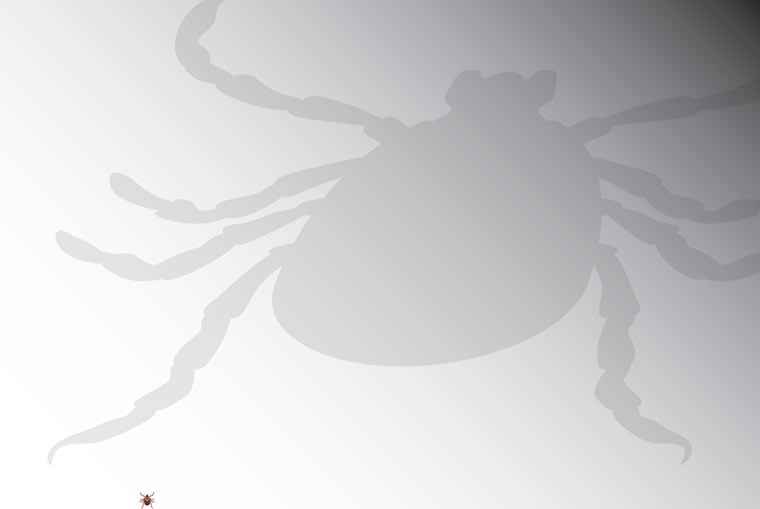 Seven of the 17 vector-borne diseases reportable to the Centers for Disease Control and Prevention are tick-borne. Nine species of tick found throughout North America are known carriers for these pathogens. Of these, Ixodes scapularis, the blacklegged or deer tick, is the most medically important tick species. Not only is the blacklegged tick a carrier for five of the six pathogens, but it is also the primary carrier of the bacterium Borrelia burgdorferi responsible for causing Lyme disease in humans as well as dogs, horses, and cats.

What Ticks are commonly found here in Louisiana? Cayenne tick: This tick is cold-sensitive but can sometimes be found in southern Florida. They have very long mouthparts, so a bite can be painful and can cause tissue damage. Transmit Rocky Mountain Spotted Fever and rickettsia south of the US border.

Concerning the blacklegged tick, adult males and females are active October through May so long as the daytime temperature remains above freezing. Nymphs are active May through August and are most commonly found in moist leaf litter in wooded areas or at the edge of wooded areas. Both the nymph- and adult-stage blacklegged ticks can transmit infectious diseases